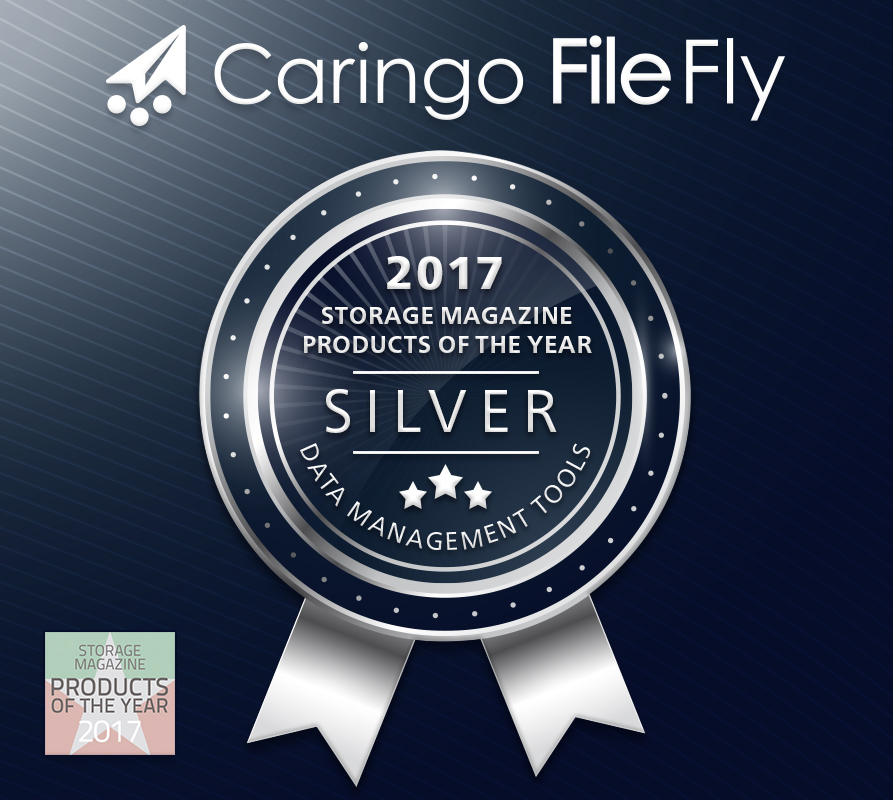 While Olympic athletes from around the world are battling it out for Gold, Silver and Bronze medals in PyeongChang, South Korea at the XXIII Olympic Winter Games, we’ve been waiting to see who wins in TechTarget’s Storage magazine and SearchStorage 2017 Storage Products of the Year Data Management category. For 16 years, Storage magazine and SearchStorage have held the annual Products of the Year awards to recognize the best data storage products the tech industry has to offer.

Yesterday, the winners were announced and we are pleased that FileFly 2.0 Secondary Storage Platform received the Silver Award in the Data Management Tools category. Rodney Brown, TechTarget Senior Site Editor reported that one judge called the Caringo FileFly 2.0 appliance an “excellent solution and innovative approach to increasing adoption of object storage” and that another judge said Caringo FileFly Secondary Storage Platform is a “good Swiss army knife solution for integrating file and object in a unified, policy-managed repository.”

FileFly 2.0 can be used by those who have Windows file servers  and NetApp filers filling up too quickly to store near unlimited data and improve performance while avoiding expensive additions or upgrades–all without modifying applications or end user behavior. Glen Olsen, Caringo Product Manager, explains these powerful tiering data protection enhancements in his on-demand webinar Introducing FileFly 2.0.

As a pioneer in object storage technology and with a number of nominations under our belt (Swarm in 2012 and 2014, the original FileFly

for Swarm in 2015 and SwarmNFS in 2016), Caringo might be considered a veteran. For their Product of the Year awards, SearchStorage balances the scale to give products that don’t necessarily have broad name recognition or long track records by only accepting products released or significantly upgraded during the previous year. And, with more than 100 entries, the judges narrowed the field to 47 finalists with only fourteen of those winning gold, silver or bronze awards. This makes the recognition particularly meaningful to us.

Of course, as Adrian Herrera noted in his blog on our nomination, the best prize for us is being able to help so many customers who are struggling to find effective ways to store massive amounts of unstructured data. If you are evaluating storage solutions and have questions about object storage solutions, email us at info@caringo.com. We will have one of our experts work with you to determine if our solutions are right for your organization.

We will be exhibiting at the JB&A pre-NAB Technology event April 8–9, 2018 as well as in booth number SL11807 of the NAB Show Expo in Las Vegas, NV April 9–12, 2018. We will be demonstrating our award-winning FileFly Secondary Storage Platform and Caringo Drive as well as the new capabilities of Swarm 9.5 and SwarmNFS 2.0.